Adaline Raine is Visiting Me Today! 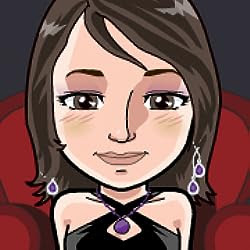 Hi Everyone! Today, I'm very lucky to have Adaline Raine joining me to talk about her latest book!

Hi Meredith! Thanks so much for having me over! *grins* 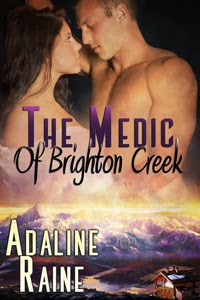 Can you please tell us a little bit about your story?
Sure thing. It’s a really sweet story about a woman who is returning to her small home town after quite a few years of being away. The same night she comes home she gets into an accident due to a bad snow storm and has to seek shelter. She winds up literally on the doorstep of her teenage crush’s house, sexy paramedic Sam Brighton. Eventually she pushes him to discipline her the way she remembers, and has longed for and they begin a relationship.

What made you write a medical play story?
*giggles* It just makes me hot. Until I found spanking romance I had no idea that other people also incorporated bits of medical play into their stories. Hot damn! I used to google and search for stories that inserted...ahem...little tidbits into fanfiction and of course many of the stories I write, mostly all looking back through them now, contain some sort of play. This is my first published one and I hope everyone enjoys it!

I know what you mean about your love of medical play stories. I'm a fan of them myself and would always get upset when I could barely find any. Now, Mikayla was such a relatable character! What was your inspiration for her?
There is a lot of me in this character. She was abandoned by her father and was raised by her grandparents. She didn’t really have any discipline growing up, as is the case with me, and has always been seeking that piece. She also has a great best friend, whom she has missed and mine moved away a few years ago. They don’t have many scenes together in this book but you can see she values friendship. Mainly she is struggling being alone in the city and really wants to come back home.

You described Sam very vividly. Did you use a certain person as inspiration for the handsome Paramedic?
I have a wicked soft spot for medics especially handsome ones. I was an EMT and grew up as a firehouse/rescue squad brat. I have many, many inspirations for Sam! The actor/character that helped me shape him was also named Sam and plays on the show, Under the Dome. His character is a Paramedic who got fired for becoming an alcoholic and not getting help. I imagined the character with a softer side.

Oh! I know who you're talking about! The actor is a cutie!! What's your writing style?
I’m not sure I understand the question. I don’t plot things out, I just observe what my characters are doing and write it down.

You're a pantster! You let your characters do the talking for you. Very cool. Are you working on anything new and exciting now?
I have several projects in the works including more characters from Brighton Creek, a collaboration with another author or two, a few darker tales, and a brand spanking new WIP that involves a military base. *grins*

When you aren't writing, what does the typical day look like for Adaline Raine?
Ha! I get up, I get my kids on the bus, try to promo a little in the morning, go off to my nine to five, come home, engage in homework challenges while making dinner while also doing chores, settle everyone down, clean some more and then write some more. Glamorous, right?

Who do you like better, Velma or Daphne from Scooby Doo and why?
Velma. Intelligence is crazy sexy.

I totally agree with you. Intelligence is sexy! If you could have dinner with any person, dead or alive, who would it be and why?
This is a hard question. Probably my grandmother who raised me so I could ask her things I never got to and tell her that I’m working on my dreams! I think she would be proud.

(Awww!!!) What is your favorite season and why?
Spring because it is a time of growth. Though I’m up in the Northeast portion of the USA and we only have two seasons, Winter and Almost Winter.

I can relate to that. In Chicago we also have two seasons...winter and construction. If you could visit any place in the world, where would it be and why?
As long as I was visiting a friend or family member the location isn’t important. I do hope to go to Ireland one day, just because I have roots there.

If you could star in any T.V show, what would it be and why?
The Vampire Diaries cause I’m not whiny like some of them, and I’d be a hell of a lot more interesting of a love interest for Damon. *snorts*

Now that you've answered all of my questions, I was wondering if you could please give these lovely readers a snippet of your story!

In this scene Mikayla has been acting up, trying to see if she can push Sam's dominant buttons to take her in hand like he used to. Please enjoy!

“Throwing a temper tantrum isn’t going to force me to me to do anything, I promise you.” He spun her around firmly and began moving her back into the living room.

She furiously dug her heels into the hardwood floor, which made him bump into her as he clearly wasn’t expecting her to put up such a fight. It was a small push but enough to make her lose her balance. Sam twisted around as he caught her. She fought back a giggle as he groaned.

“Did you mean that as a request or an order?” She blinked innocently as he untangled himself from her limbs, then watched as he pulled her up into his arms.

“Neither. Cut it out,” Sam warned then eased her carefully onto the couch cushions. “I’ll check you out again in two hours.”

“I’d rather you check me out now.”

He sighed again (something he seemed to do a lot around her), and as he stared down at her, she longed to know where his thoughts were at. She watched him move back into the kitchen and then return with his coffee mug. “It’s way too early in the day for this.”

“Answer me and I’ll leave you alone.” Mikayla saw a hint of a smile play on his lips before he joined her and pulled her up on his chest. His arms wrapped tightly around hers and she tucked her legs in between his. Nothing else mattered in that moment. She felt safe and cared for.

Awww! I just actually read this part of your book this morning! I loved it!

The Medic of Brighton Creek Blurb
Returning to her hometown for her best friend’s wedding, Mikayla Turner doesn’t expect to run into her teenage crush, handsome paramedic Sam Brighton, within a matter of moments. But after her car runs off the road in a snowstorm, she seeks help at the nearest house and is shocked when it is Sam who answers the door—still as sexy as she remembers him.

Sam patches her up and lets her stay at his home until the weather improves, but he makes it clear that there will be consequences should she choose to disobey him during her stay. Mikayla has grown up in the years she’s been away, but she still finds herself craving Sam’s dominance, and she is unable to resist putting his warning to the test. After Sam takes her in hand and bares her bottom for a sound spanking, Mikayla has never felt closer to him, and though it leaves her blushing, his thorough, intimate medical care makes her feel safer and more loved than she’s ever felt before.

When the local doctor takes some time off, Sam steps in to help out and he asks Mikayla to stay and serve as his receptionist. She agrees, but she can’t help worrying that Sam’s attraction to her is short-lived and that one day he will tire of her and push her away. Will self-doubt drive Mikayla to leave Sam and her hometown forever, or can she face her fears and learn to trust the man she loves?

Devon's Discipline, her supernatural release, is about a young college junior stuck on a downwards spiral after the tragic loss of both of her parents. She meets Professor Matthews who has little tolerance for disrespect and he helps set her straight again through physical discipline. 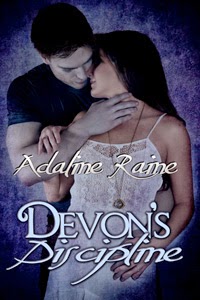 Marked by the Alpha, Adaline's premiere story, literally shows us an alpha male werewolf turning his chosen mate over his knee for some well needed attitude adjusting. 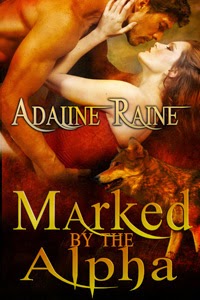 Becoming a Lady, her second release, showcases spankings in a historical setting. Our lovely main character is poor and abused so when a tall man drugs her and steals her away from her village she is confused by his actions. He takes his time to teach and guide but his methods include his hand and her hind. Adaline has also become known for her love of creating graphics for others. She has designed custom banners and buttons for various blog hops throughout the community including "Spank or Treat 2013";"Winter Spanks 2014"; "Summer Spanks 2014", as well as the headers and backgrounds at Bratty Addy. Her exclusive feature, Addy's Couch takes guests books covers and fashions them into a one-of a kind piece for fun or promotional purposes.
Contact Adaline at brattyadaline@gmail.com if you would like her to create something for you! (Psst! She's created a couple of designs for me...they're REALLY good!)

Thank you so much for stopping by today Adaline! It was a lot of fun having you over!
Thanks for having me! :-)