Maddie Taylor is Visiting to Talk about Sweet Surrender! 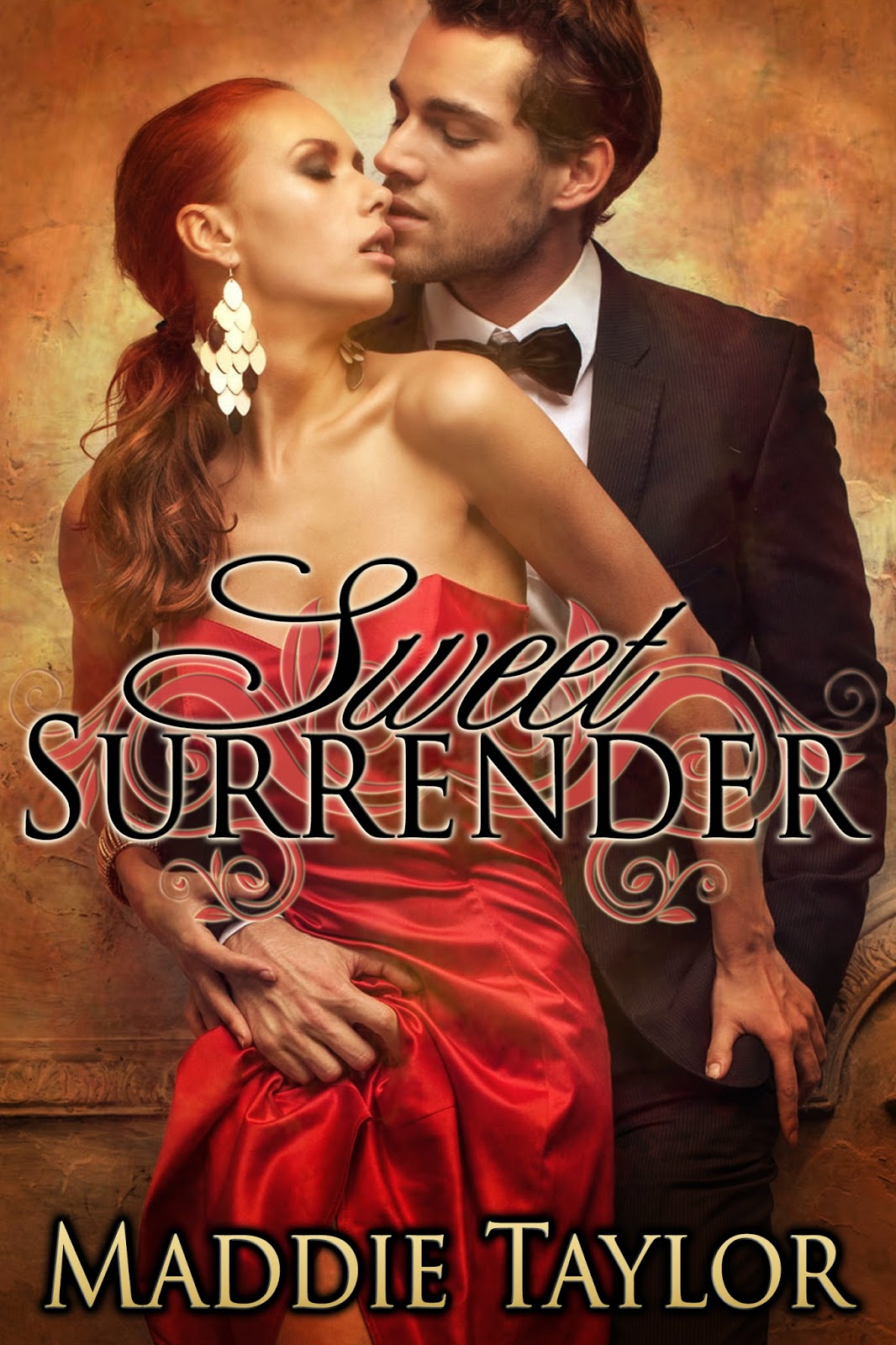 Once again, I have the fabulous Maddie Taylor on my blog. Today, she's going to talk about her latest book, Sweet Surrender! It was released on Feburary-10th and is an absolute must read. I know I say that a lot, but this time, I'm dead serious. The main hero Marc..*fans self*...let's just leave it as this book is a must read. Now, on to the interview...

Can you tell us a little bit about your story?
Yes, but wait… my publisher did a great blurb.

You have a point there. Stormy Night Publications' does a fantastic job on writing blurbs. We'll get to blurb after I ask you a few more questions. So, Jessie is a redhead. In your past couple of books, you seemed to have all of your heroines be redheads. Is that your favorite color of hair or is it just a coincidence that your heroines have that hair color?
I didn’t thing that was right, so I went back and counted of 17 books to date here is the breakdown: 9 blondes, 4 redheads and 4 brunettes. Although you are correct in that the last two were redheads. I think blonde is actually my favorite, but I have a fondness for red being a redhead myself, or at least I am at present. LOL Next week, however, who knows!

Okay, maybe it's just me then and I have a thing for heroines with red hair. Marc's family is Italian. Why did you chose that ancestry for him? I feel like so many people always make their characters Italian...is that just me?
I have Italian ancestry through my father; his mother’s side of the family's surname is Bertolli. But I also have a thing for tall, dark and Italian which I didn’t realize until lately; Tony in my first book; Italian, Dimitri DeLuca (love that name) in Pleasure Bay, and now yummy Marcus Antonio Trent. I think part of the fun of an Italian hero is that just the sound of their name, the dark hair eyes and the passion that Italians are known for, but I also like the endearments, piccola, cara, bella, bellissima, mio tesoro… <sigh> Um, what was the question?

Aww, you're right, they have the sweetest endearments. Even with Marc's sweet endearments, there was one thing thing that I didn't like about him. I couldn't stand Marc's hags...I mean sisters. Why did you make them SO evil towards Jessie? She was just an innocent girl. Even Marc's mother was horribly rude to Jessie!
Oh Meredith, if we have we have to have a villain, in this case, there were several, but didn’t you just love to hate them, want to scratch their eyes out and then when they got their comeuppance, when Giada’s dad actually threw her out. I know you were cheering, hells yeah!

There might have been a few cheers when Giada was kicked out... ;-) It seems like your heroines always have Daddy issues. Why is that? I have to say though I LOVED that part where Jessie's Dad got what he deserved that stupid good for nothing piece of....
Again I did a quick review, only the last two have had issue’s with their paternal unit. Jenny’s dad in Jackson’s Justice took to the bottle after his wife died (poor coping skills definitely but she was the love of his life), Jessie’s dad in Sweet Surrender was a jerk the entire book, money grubbing, good for nothing, four flushing, cut and run loser! And yes, wasn’t it fun to see him get his in the end, sort of.

There is no deep seeded daddy drama on the author’s part. My father was the kindest sweetest man ever. He’s passed now and I miss him every day. But there are some deadbeat dads out there and I’ve got to have a drama.

I swear that I've read several of your books. I just keep remembering Jackson's Justice and Sweet Surrender since those were the last two that I read...I'm going to have to re-read some stories now. Marc was a doctor who specialized in sports medicine. Did that require a lot of research for you? You mentioned a few pieces of equipment in detail...that TENs machine...;-)
I am a registered nurse with years of experience. I know things.

This scares me a little. I can just imagine you giving someone a pointed look and saying very seriously, "Don't cross me. I'm a registered nurse, I know things." LOL! Throughout the book, it seemed like Jessie kept having people tear down her self-esteem. I HATED that especially because she was so nice! Why did you make it where everyone was hating on Jessie and Jessie kept believing them?
You’ve never worked at a hospital before. Gossip runs rampant, as well as jealousy, especially with a doctor/nurse relationship. Sad but true.

That's horrible! Gosh, people can just be so nasty sometimes. At the end of your story, you left off us on a cliffhanger with Giada and her husband. Would you like to tell us when you plan on writing her story? My half birthday is coming up in April if you want to have it done by then that'd make a great present! ;-) (For the record, I've never celebrated my half birthday, but I REALLY want this next story done, so I'll work with what I got!)
Giada’s story will come. No time line yet. I’m currently trying to finish Club Decadence book 5. Let me just say sometime in 2015. Sorry.

Fineee...at least it's coming out this year. I hate the authors who make me wait a full year for their next book in a series to come out. It's like, do you enjoy torturing your readers? LOL!

Five Question Game!
What's your favorite genre of book to read?
Romance hands down but it has to have a strong hero. One of my favs is Motorcycle Man by Kristen Ashley. He is certainly not perfect, but he is alpha to the tenth power and when he gets all soft and sweet, I melt, as does the heroine. That’s what I like, even if it’s a bit sappy sometimes. 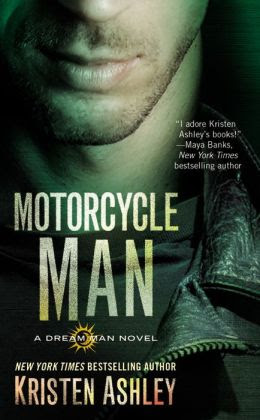 I LOVE Kristen Ashley!!! Have you read her book, The Gamble?! <3 What's your favorite genre of book to write?
I have to say I’m partial to my historicals, especially the westerns. They lend themselves to strong rugged alpha heroes.

Last impulse purchase you made?
I can’t remember so it must not have been impulsive. Hm… I’m due!

Do you wear glasses?
Contacts.

Ugh...contacts! I've tried those twice and *shakes head* they're evil. Would you rather drink tea or coffee?
Neither, not even iced tea and I live in the south. Sh… don’t tell anyone, they’ll kick me out of the southern belle society or run me out of town on a rail, leaving me with no choice but to go back up north and it’s too freakin’ cold up there!

Haha!! I'm the same way! I hate coffee and tea. Both just taste so bitter.

As the dry, loose sand gave way to the cool packed sand, she heard the thud of footsteps pounding behind her, as she knew they would—if she was honest, as she prayed they would. She stumbled in the wet sand as he called her name; he was close, only a few steps behind. Out of breath, she stopped, falling to her knees, heedless of her dress as the waves swept in and soaked her. Her shoulders shook as his hands—large, strong, and powerful—cupped her shoulders.

She didn’t struggle as he pulled her to her feet. Seeing the concern, the sheer agony in his features, she lifted her arms, unable to fight any longer.

“Jessie.” His arms wrapped around her, squeezing tight in an unbreakable hold. Into her hair, he whispered harshly, “Cara mia, bella ragazza, il mio amore.” Recognizing the words ‘my darling’ and ‘my love’ was enough to have her weeping against him.

“You misunderstood about Christina,” he insisted. “She came on to me, Jessie, I swear. I feel nothing for her. I never have. I love only you.”

She gave him a watery, pain-filled glance.

“Dammit, Jessie, the woman is a cold-hearted—”

“No, it’s not that,” she sobbed. “I can’t live without you. I’ve tried, but I love you and it hurts every second of the day to be apart from you.”


.
“Then this foolishness ends tonight.”


See guys, I wasn't lying before...this is a must read story! ;-) But, just in case the snippet didn't sell you, here's the blurb!

Abandoned by her father at a young age, Jessie Swanson swore she’d never again depend on any man, let alone someone with Dr. Marc Trent’s reputation as a player. Upon being assigned to work a shift as Marc’s nurse, she vows to keep things entirely professional, but when the darkly handsome surgeon asks Jessie to dinner her promises prove no match for his golden-brown eyes.

One date turns into another, and then another, and the better Jessie gets to know Marc, the more his take-charge personality appeals to her. She soon finds herself craving his dominance in the bedroom as well, and when he takes her over his knee, bares her bottom, and spanks her long and hard, she is left blushing and begging for more. But after Jessie learns that Marc’s mother and sisters are unhappy about their match, she retreats into her work, sure that a girl who used to call a trailer park home can’t possibly have a future with someone like him.


When Marc puts his foot down about Jessie’s excessive overtime hours and her failure to take care of herself properly, things come to a head. Jessie decides to move on rather than risk losing her independence to a man she fears will one day cast her aside, but Marc doesn’t give up easily. Will the wounds of Jessie’s past keep them apart forever, or can Marc prove to her that he is not only a man she can depend on, but one worthy of her surrender?


Here are the buy links for Sweet Surrender...go ahead, click away. :-)
Amazon
Kobo
AllRomance
BarnesandNoble

Thanks for stopping by today Maddie. It was a pleasure once again!