Myka is about to get a hard spanking from Alexis Alvarez' new book, Myka and The Millionaire 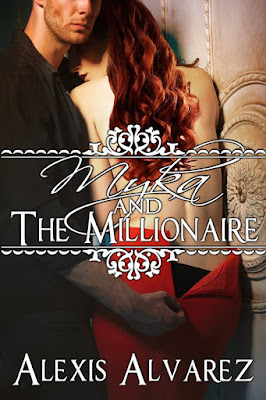 Today I have Alexis Alvarez visiting to talk about her latest book, Myka and The Millionaire!

Oh! I'm really liking the sounds of this story Alexis! Do you have a snippet for us today?

“All right, Myka, you’re earned the harder spanking with your delay. I suggest you go fetch that tie right now unless you want  additional punishment.” His voice was hard.
Myka gulped, feeling her body both rebel and rejoice at the threat, and lowered herself to her knees. She checked his face, saw that he was serious, got onto all fours. With her face surely bright red, she crawled as gracefully as she could over to the chair, a distance that seemed to stretch for a mile. She hesitated, then pulled the red tie off the seat and started to crawl back, tie in hand.
“Hold it in your mouth,” ordered Gabriel calmly, and Myka folded the tie into thirds and obediently bit down as she crawled back over to him, face burning with embarrassment, but her body tingling with arousal.
“Good girl,” he said with pleasure in his voice as she approached him, still holding the tie between her teeth. He took the tie from her and stroked her shoulder, then said, “Stand up and give me your hands.”
Myka did it, face still hot, angry that he’d made her crawl, yet also exulting in the experience.  She could feel the question in the air with each demand: Would she? Wouldn’t she?  And she knew it aroused them both when the answer was yes.
“Your ass,” Gabriel said, “is magnificent. Watching it bounce as you crawled for me, Myka, got me even harder.  I like that you weren’t sure about crawling but you did it anyway. Because I told you to.”  His voice was soft, his eyes hard, his arousal evident.  While he spoke, he bound her wrists in front of her using the red tie.
Hearing him talk about it this way made the crawling more acceptable. Although she felt angry and subservient, she also felt the control she herself had over his ardor. She liked this game, the way the power bounced back and forth between them, tightening the desire into a tangled web of passion. Some part of her also loved being mastered by him. It was crazy hot.
“Try to get free,” he demanded, and Myka pulled, found she couldn’t.
“Good,” he said, sitting down on the sofa. “Now I want you to lie down over my legs, Myka. Do you know what I’m going to do?”
“Yes?” Myka asked, tingling with anticipation, as he arranged her body over his.  With his legs spread slightly, her hips were over his thighs, forcing her buttocks to jut upwards, and her legs lay behind him, bare toes touching the cushions.  His heavy erection pushed into her pelvis, and she wiggled, trying to tease him.
“Tell me.” His voice was implacable.
Hers was low, tremulous. “You’re going to sp-spank me.”
“And do you know why I tied your hands up?”
“Because – because…” Myka’s voice broke off, looking at the red tie, so bold against the white silk of the couch and the pale peach of her narrow wrists.
“Because I’m going to spank you nice and hard, Myka, until you’re squirming and begging me to stop. And I want your hands out of the way, understand?”
“How – how hard?”
His voice was seductive.  “Until you can barely take it. Until you’re so hot and crazy with the pain and the arousal that you’re dying for me to fuck you. That’s how hard. Relax your cheeks. Don’t clench up, understand?”
“Yes, Sir.” Myka forced herself to keep her ass cheeks soft.
“Are you ready for me to begin?”
“Yes!” Myka’s voice was a plaintive plea. She wanted it, she feared it, she was a mix of emotions.
“Then ask me nicely. Tell me why I’m doing this.”
“Please, Sir. Spank me. I, um, I disobeyed you before, several times, and I deserve to be punished. It’s the only way I’ll learn to be obedient for you.” He sucked in a breath and Myka felt his legs and cock tighten under her belly and breasts.  Yes, there was a definite exchange here, and  it was more fluid than it appeared on the surface:  So much of the equation lay in her hands, in her acceptance of his demands, in her enjoyment at being bound, at his mercy, at the fact that this submission made her wet and needy for him.
“Very well,” he agreed. “Then punish you I shall.”

Myka and The Millionaire Blurb

Computer expert Myka Thomas is determined to start her own business, and the last thing she needs is a man bossing her around and getting in the way. But Gabriel Chevalier is not just any man, and when the dashing, dominant millionaire makes his interest in her very clear, Myka cannot resist his advances. Stripped bare, spanked soundly, and brought to one shattering climax after another, she soon finds herself both yielding even more completely to his command of her body and even begging shamelessly for more of his masterful lovemaking.

As Myka juggles two demanding jobs, she savors the time she spends in Gabriel's palatial home. When she is in his presence, surrendering to his firm, loving control seems natural, even when that means submitting to a painful, embarrassing spanking when she has been disobedient. Before she can stop herself, Myka is falling hard for Gabriel, but can she dare to risk giving her heart to a man with so many shadows in his past that there may be no room for her in his future?


Alexis Alvarez is a romance writer, a photographer, an engineer, a dachshund owner, a mother, a reader, and the kind of person who enjoys inappropriate jokes with her family.  Her romance book heroines are strong, intelligent women who enjoy submission on their own terms and do not compromise their integrity and feminism.  When she’s not travelling or taking pictures, you can find her in her home office, drinking La Croix water and dreaming up new novels.

Thanks for coming over today Alexis! Good luck with your new release!

Have a great day everyone! :-) 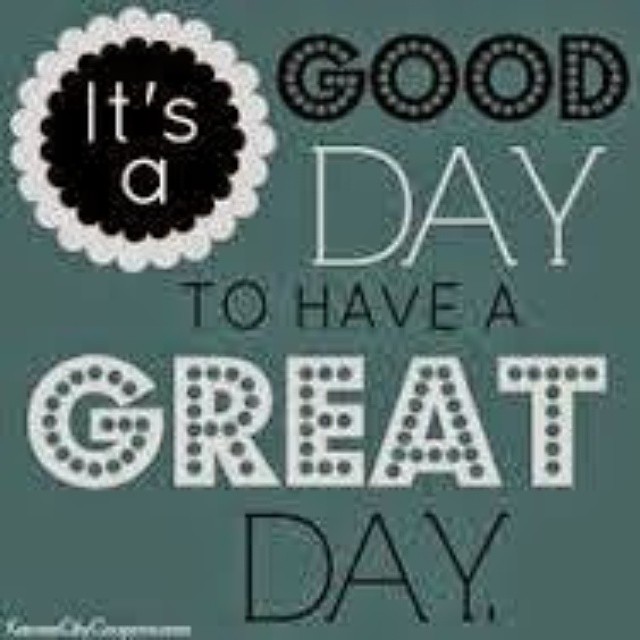