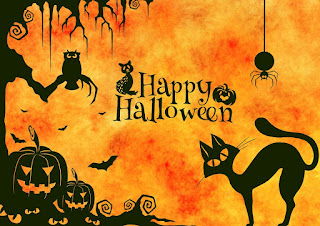 Happy Monday and Halloween Eve! Are y’all excited for tomorrow night? I’m pretty stoked for it! I love getting to see all the little kids dress up in costumes. It makes me miss the days of when I was Baby Bop or a witch. ;-)

Today’s Meredith’s Monday Musings post is all about: Halloween!

There are so many reasons why I love this holiday. For one, the candy! I don’t care how old I get, I will always love candy. It’s just so sweet and yummy. Stores stock up their aisles early to make sure everyone has enough treats to pass out on the big night. Then, the day after, anything left over gets put on sale. That’s generally when I go and hope the treats I want are still there. It’s pretty awesome! Whoever said that adults can’t get candy on Halloween, lied! 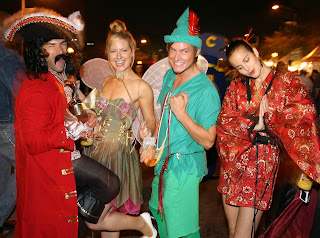 Another reason why I love Halloween is because people get to dress up however they want to that day. For us kinky people, that’s pretty awesome. If I wanted to dress up as an adult baby, I could and no one would give it a second thought. They would just think that I was dressing up for the holiday. Which would half be true. The other half would be that I could let my little side be free in public for one day, which would be great. (This is just an example, not saying it’s true or that I’d ever do it.)

Besides the sweet candy that one gets to consume, the food is pretty awesome in this holiday too. My family always makes hot dogs, chili, and soup to eat. I love getting to eat all three of them. They’re so tasty! Of course, after I get done eating all this, I tend to feel like I have a little food baby growing in my stomach. 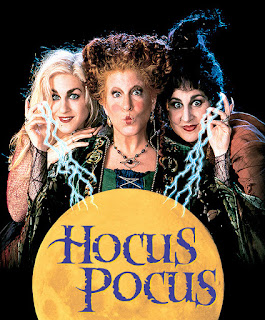 Lastly, the movies are pretty awesome during Halloween too. Fun fact, I don’t like horror movies. They scare me, like even the little kids horror movies scare me and I know those really aren’t supposed to be frightening. With that being said, during Halloween, I’m down to watch a couple of these spooky films. More than likely it would be something like Hocus Pocus because I grew up watching that film. (To this day, it still scares me. Especially that red headed witch!)

That’s all I have for now. I hope that y’all have a fun and safe Halloween!

Have a great week! 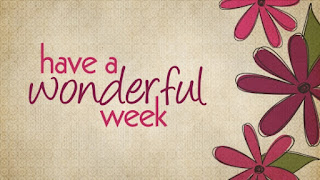 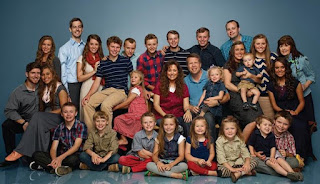 Happy Monday! How are y’all doing today? I’m doing great! I have a busy, fun week planned ahead for me and I can’t wait to get started.

Today’s Meredith’s Monday Musings topic is all about: The Duggars! 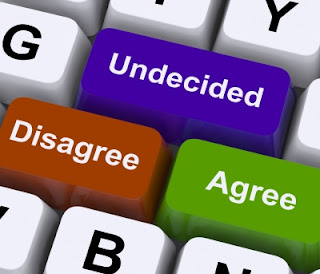 Before I go any further, I’d like to make it 100% clear that I don’t agree with any of the Duggars rules. I think women should be able to wear pants, get jobs, move out on their own, etc. I think that couples should be allowed to have kiss and have sex before marriage. I think Josh Duggar is a jackass and his wife Anna should have left him. I’m all for LBGTQ folks having the same rights as I do, a heterosexual woman. Like I said, I disagree with 100% of what they believe.

With the above stated, there’s still just something about this family that makes them interesting to me to watch. One of the things is that they’re pretty funny to watch. In one episode, Kendra who is courting Joseph Duggar, has to ask her Dad’s permission to grab onto Joe’s arm when they’re on a roller blading date. To me, this is so sad that she has to do this that it’s actually funny. I try to put myself in her shoes and what my Dad would say if I asked him if I could touch the guy’s arm who I was dating when we were roller blading. My Dad would probably say he better already be holding your hand to help you.

Besides the humor in this show, one thing that I actually do like is I know when I watch it that I don’t have to worry about any super graphic scenes or inappropriate language. Now don’t get me wrong, I’m a big girl, I’ve watched my fair share of shows with the above type of content in it. I’m fine with it all. However, sometimes it’s nice to be able to sit down and watch a show and know that I won’t have to hear any swear words or see a gruesome murder, etc.

I’m sure that I’m going to get some heat from this post and that’s fine. Everyone is entitled to their own opinions.

That’s all I have for today. I hope everyone has a great week! 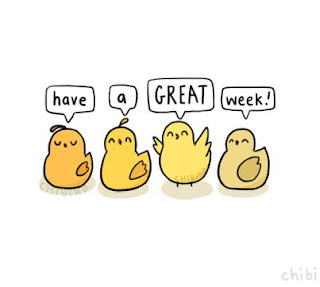 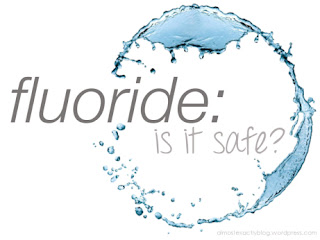 Today’s Meredith’s Monday Musings topic is all about: Fluoride.

If there’s one question that I get asked the most at my work, it’s “Is fluoride dangerous?” My answer is always, “Yes…if you consume a lot of it.”

There are many false claims out there about this element, that is actually very healthy for your teeth and body. Critics claim that fluoride can kill you, that it’ll do serious harm to your children, that the government is controlling us by putting it all in the water, etc. It’s a bit crazy what some people say.

So here’s the deal with fluoride. Fluoride is great to use for teeth because 1) It helps re-build damaged enamel. I love this benefit! Our enamel takes a beating every day. When we brush our teeth or drink fluoridated water, the fluoride gets to come in and act like a little repair crew, fixing the micro holes that we ourselves created in our enamel. This is fantastic because if these micro holes weren’t fixed on a daily basis, there’d be a better chance that they could form into larger holes, allowing bacteria to get inside, and then the person has a cavity. 2) It stops the growth of bacteria. There’s more bacteria inside a person’s mouth than I think anyone realizes. It’s actually pretty gross to think about. Anyway, fun fact for the day, cavities are caused by a bacteria called S. Mutans. These bacteria eat away at the enamel on a person’s teeth and if undisturbed will go into the dentin of the tooth, causing a cavity. When these bacteria are doing that, if they get exposed to fluoride, they stop multiplying and will die. Thus, limiting your chances for getting a cavity.

Now, it’s time to address the critics. As I stated before, Fluoride can be dangerous to a person if said person consumes a large quantity of it. For example, if someone were to eat an entire tube of toothpaste, they’re going to get very sick and possibly die. In that situation, yes fluoride is very bad. However, I don’t know any health professional that would ever recommend that a person eat a whole tube of toothpaste. In fact, when a person brushes their teeth, we just want them to use a pea sized drop of tooth paste. 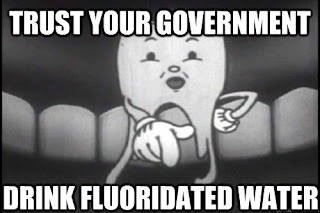 If all of the above still doesn’t have you convinced that fluoride is good for humans, let me give one last example. A banana has potassium in it, right? Yes. Yet people eat bananas all the time. One banana a day is pretty healthy for people. The body needs potassium, it has natural sugars, etc. Do y’all know that too much potassium will kill a person? *GASP* Even knowing this, people still eat bananas. Why? Because they know that eating one banana a day, heck even two or three won’t hurt them. The same thing goes for fluoride. As long as fluoride is consumed in the correct size quantities that are recommended by the government and your dentist, it isn’t going to harm you in anyway.

That’s my post for today. I hope that everyone has a great week! 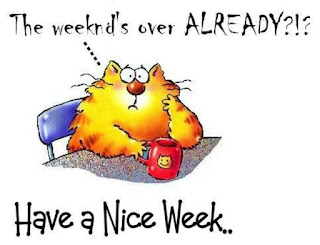