Coral and Bo Meet! Maddie Taylor is Visiting with a SWEET Excerpt from her new book, Claiming Coral! 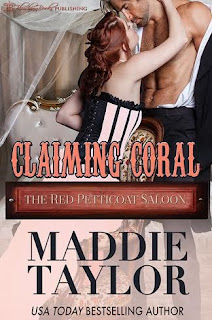 I have Maddie Taylor over on my blog again today to promote her new book, Claiming Coral!! I LOVED this book. It was super sweet!

She brought a great excerpt over with her. Here it is!


“I don’t like you working here.”
She stiffened. “It’s honest work, and from what I’ve seen so far, decent money.”
“You’re a lady, sweetheart. That’s obvious to anyone one who’s got eyes. You belong in a drawing room serving tea, not slinging drinks for a bunch of rough prospectors.”
“Even ladies need to eat and have a roof over their heads, Mr. Magnusson.”
“It’s Bo. And being a saloon girl is not what you are cut out for. I know about Nathan Blackstone and your misfortune, coming all this way expecting to be a bride.
“You’ve asked after me?”
He smiled softly. “It’s a small town and a beautiful new arrival, down on her luck, is the talk of it.”
Heat crept into her cheeks at his compliment.
“It is such a shame, because when I met you that first day, fresh off the stage, that was exactly how I saw you. Wife to some lucky man, someone who would take care of you and keep you safe, and well away from the rough sort who would pinch your behind or pay for your time,” he murmured. As he did so, he moved in even closer, his hand sliding down her cheek to her chin, and angling it up. “Someone like me.”
“But you barely know me.”
“Which is something I’m hoping to change.”

Balking at pre-arranged marriage number four to a man older than her father, Carissa Fulwiler leaves New York City humiliated and alone, but determined to take her future into her own hands. She travels to California to begin a quiet life on the western frontier as a mail-order-bride to a young man of her own choosing. But fate has never been kind to her and she arrives in Culpepper Cove to find her would-be husband dead from a freak accident, leaving her with little money, no job, and no place to live. With few options, Carissa ends up as Coral, the newest Gem at the Red Petticoat Saloon.

Bo Magnusson left his troubled past behind long ago and traveled west. Now that he’s established as the town’s blacksmith and owner of the busy livery stable, he's ready to settle down and begin a family. One day, a down on her luck lovely redhead arriving by stage catches his eye. She is obviously a lady and needs a man to protect her, especially when her dire straits force her to take a job dancing with lonely prospectors at the local saloon. This doesn't sit well with him and he pursues her only to be politely, but flatly, rejected. But Bo is stubborn, and he won’t give up trying until his ring is on her finger and she bears his name, even if the convincing means that she’s sporting a bright red bottom while he rekindles her heart and keeps her safe.

Having at last won the stubborn young widow's hand, Bo and Coral settle into their new life together, but their pasts come calling one day when her father's man comes to town ready to drag Coral back to New York by whatever means possible. Tempers rise and secrets are revealed, but when the dust settles, will Bo and Coral still be together, or will the treachery and vindictiveness of those dead set against their love tear them apart?

Thanks for visiting, Maddie! As always, it was a pleasure! :-)

Have a great day, everyone!

I have a confession to make today. This summer, I have been addicted to the show, Sister Wives.

In case you haven't heard of this show, Sister Wives is all about The Brown family. Kody Brown is the patriarch and he is married to Meri, Janelle, Christine, and Robyn. (Not legally, he's only married to Robyn legally, but spiritually to the other three wives).

It all started out when I read a news article in May about the show. It fascinated me, but also made me really curious. It's one thing to read a book about two hot guys sharing one female, but to have it happen in real life and have it happen with four wives and one male! I thought these people were crazy. Not wanting to make any decisions, without at least watching a couple of episodes, I purchased for the first season to see what this family was all about.

I was shocked after the first episode. When I sat down to watch it on my laptop, I thought that I was going to end up hating the show. I was imagining that these married adults would be home schooling their children, forcing their children to believe in what they did, and doing illegal things.

What I discovered was yes, this man is married to four women, but that was the only weird thing about the show. All of the children went to public school, they had access to any books or TV that they wanted, and all of the parents said, our children can believe whatever they want, we aren't going to force them to believe what we want. 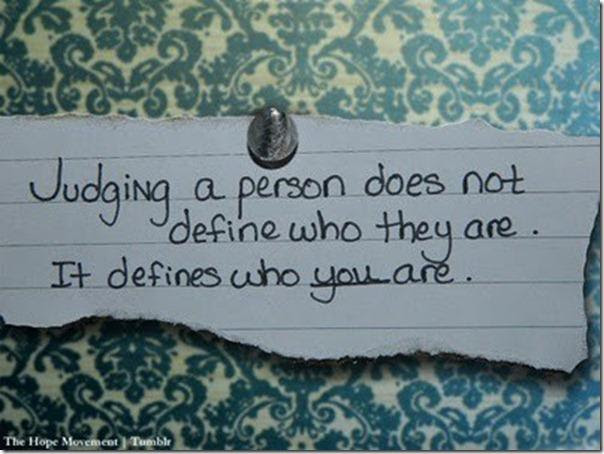 I ended up watching season one in like a matter of days and of course I had to purchase season two, three...and four then. ;-) I put a stop after that because I needed to get some writing done.

These five adults, Kody, Meri, Janelle, Christine, and Robyn, I don't think that they're doing anything bad. They're raising their families like any other family in America. They send the kids to public school, they have to deal with sibling fighting, sending their kids off to college, how are they going to afford everything, etc. It's just, in their faith, they believe in plural marriage. 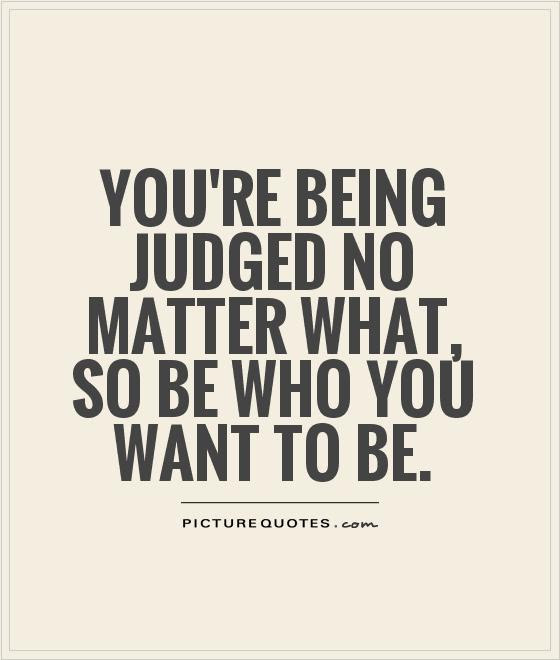 It makes me sad that there are more people than not out there who judge others and will criticize them just because they do things differently than what is considered the norm.

Yes, the Brown parents are in a plural marriage, but that's where the differences end between a normal family. They're just like you and me. Only four wives share one husband.

There are many people who make up this world and each person has their own kink. I may not enjoy that kink, but as long as the kink doesn't hurt anyone and isn't illegal, I'm happy that each person found the kink that makes them happy. :-)

That's it. Now that my blogging is done, I'm going to go watch me some more Sister Wives!!

Have a great week everyone!

A Sweet Dom for Olivia! Sara Fields is Visiting Today with a sweet snippet from her latest book, A Gift for the Commander! 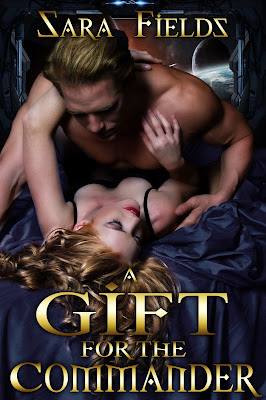 Today, I have Sara Fields over with a sweet snippet from her newly released book, A Gift for the Commander!


Olivia paced the room she had been brought into, hugging the towel around her body. She was still naked, but she felt like she had been alone for an hour or two. Vanilla and lavender aromas assaulted her senses, leftover scent from the shampoos, soaps, and oils Wes had used to bathe her. She hadn’t been able to stop thinking about the man since he had left her to attend some sort of meeting.

His scent still ingrained in her memory, she brought the towel close to her nose, still smelling a hint of male strength, huskiness, and dominance. She shouldn’t be thinking about him so much. He had been a brute, turning her over his knee and spanking her bottom until she had cried, but after that? He had been so much more. He had touched her like no man had before, bringing her pleasure instead of just taking his own, massaging her gently once she had quieted from her spanking. She shivered at the thought of what Lord Nero and his men had done to her when she’d been his prisoner. Never had any of those men been caring enough to give her pleasure, instead just worrying about themselves and their selfish desires. She’d sported many a black eye after their attentions, learning quickly that fighting would only result in cruel punishment.

Wes was different. There was something about him that haunted her thoughts. He was incredibly dominant and in control, yet so caring a second later, massaging her tears away exactly when she needed him to. Sure, his spanking had been hard and painful, but the next second, he had given her pleasure. Then, he had bathed her with such caring and sweetness that she had practically melted into a puddle of goo.

His touch had been gentle, almost loving in a way, but when she had met his eyes, she had seen something else in his icy blue glare; something dark, angry, and if she wasn’t mistaken, a bit sad. She wondered what story hid behind his eyes, and if he would ever tell her about it.

A Gift for the Commander's Blurb

Though Olivia is grateful to be alive after she is rescued from a terrible tyrant and brought to the planet Terranovum, she is none too pleased when she learns that she is to be auctioned as a slave to the highest bidder. But before she can be sold, she must be trained, and the man who will train her is none other than the commander of the king’s army.

Wes has tamed many human slaves and when Olivia resists his efforts to bathe her in preparation for her initial inspection, he strips the beautiful, feisty girl bare and spanks her soundly. The stern chastisement leaves Olivia tearful and repentant yet undeniably aroused, and Wes starts her lessons in submission by making her beg him shamefully for the release her body needs so badly.

Once she has been thoroughly and intimately examined, Olivia’s training begins in earnest, and Wes takes her to his bed to teach her what it means to surrender her body to a dominant man. But try as he might, he cannot bring himself to see Olivia as just another slave. She touches his heart in a way he thought nothing could, and with each passing day he grows more certain that he must claim her as his own. But with war breaking out across Terranovum, can Wes protect both his world and his woman?

Thanks for visiting, Sara! 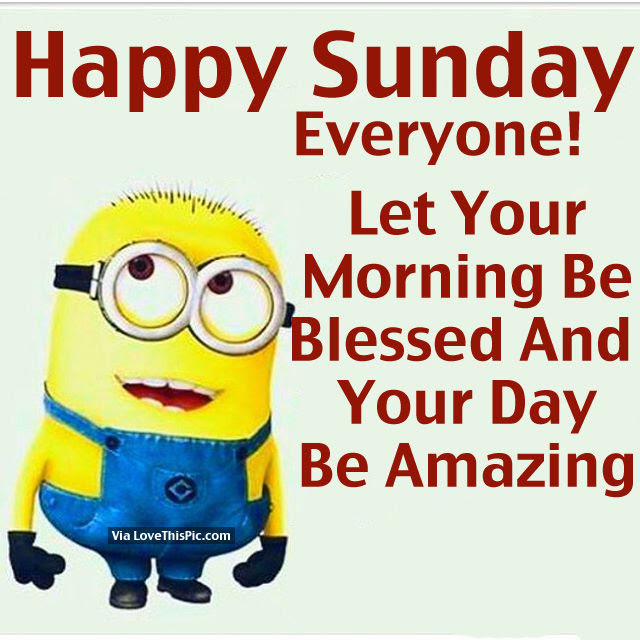